Händel's 'Rodrigo' with Eloff, Wyn, Fragato and Navarro from Göttingen

Concert from the Göttingen Händel Festival. Händel's 'Rodrigo' is an opera in three acts based on the historical figure of Rodrigo, the last Visigothic king of Spain. Prior to the start of the opera, Rodrigo had deposed the previous king, Vitizza, who was corrupt, but then Rodrigo indulged in the same vices after he had become king. One example was his seduction of Florinda, who bore his son as a result. Rodrigo had intended to leave his wife Esilena, who was reportedly infertile, and marry Florinda. However, Rodrigo has not kept this promise. Performers: 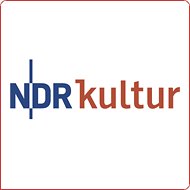